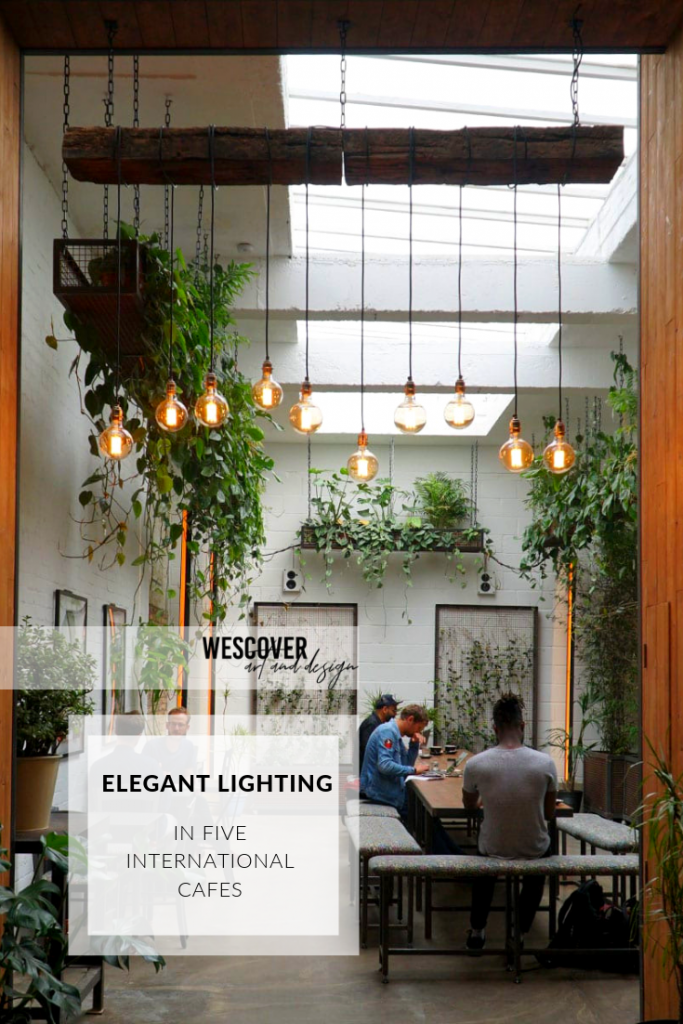 Studio Modijefsky has recently completed a new bar interior in Amsterdam East called Bar Basquiat. Named after one of the most celebrated American artists of the 20th century, poet and painter, Jean-Michel Basquiat, the bar is located in a multicultural neighbourhood packed with small shops and markets. 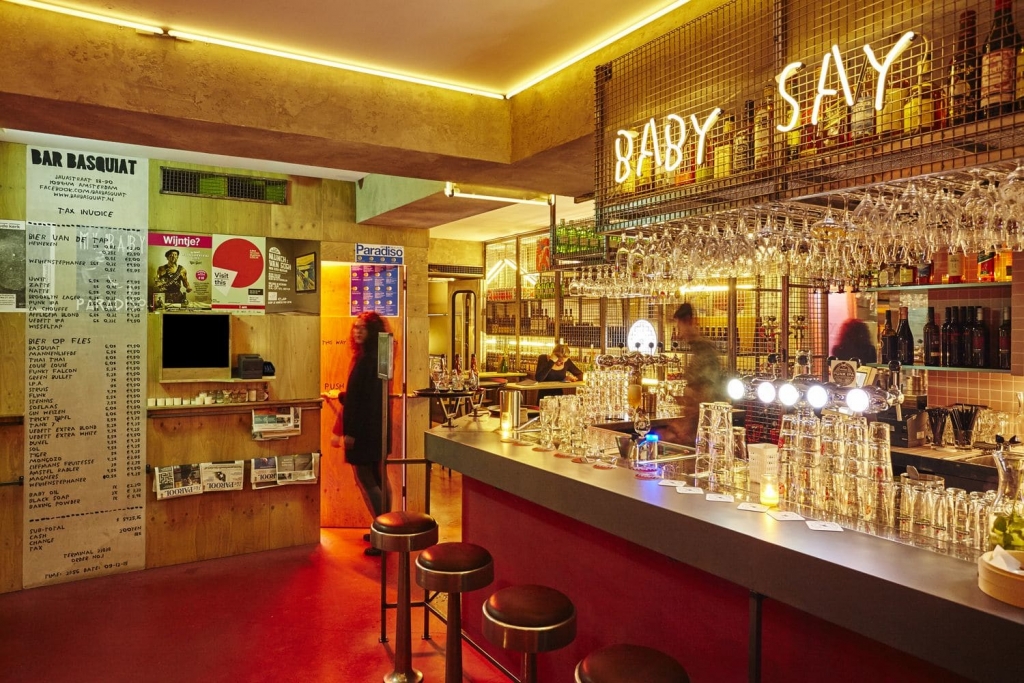 Formerly a local supermarket with a butcher inside, the building had plenty to offer; large openings facing the main street and a strong grid of beams on the ceiling. 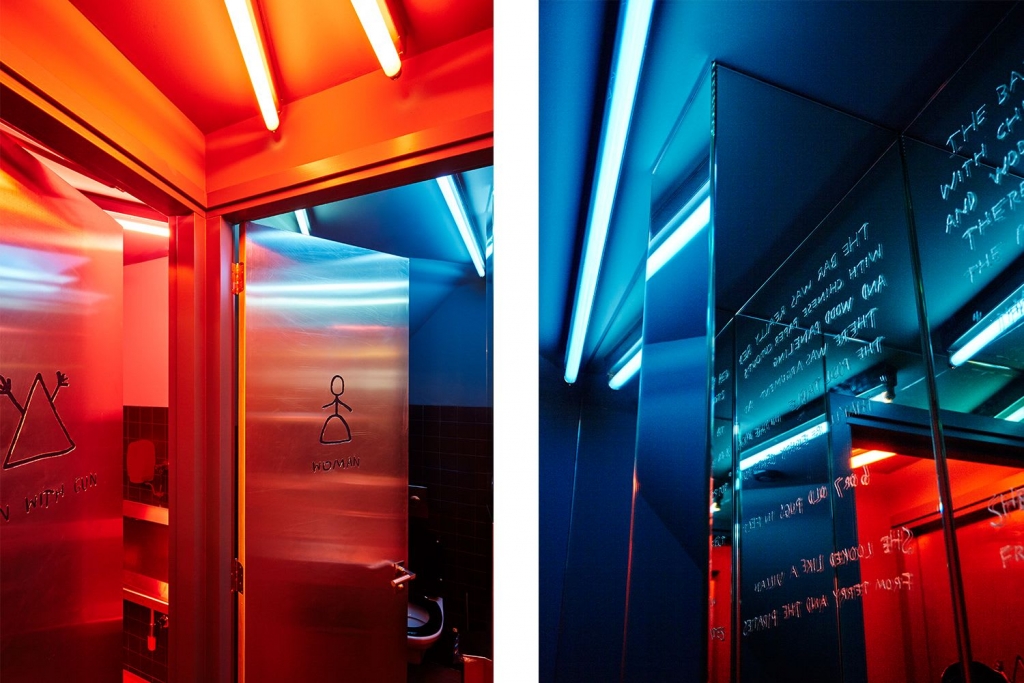 A dominant grid of beams covers the entire ceiling, creating a strong foundation for space planning. Being a former supermarket the space offers a clear zoning for product placement, which overlaps with the beam structure.

Custom made lamps highlight the grid; some placed on the beams themselves and some outlining the corners. A combination of TL lights and neon lights brighten up the space and bring it to life. 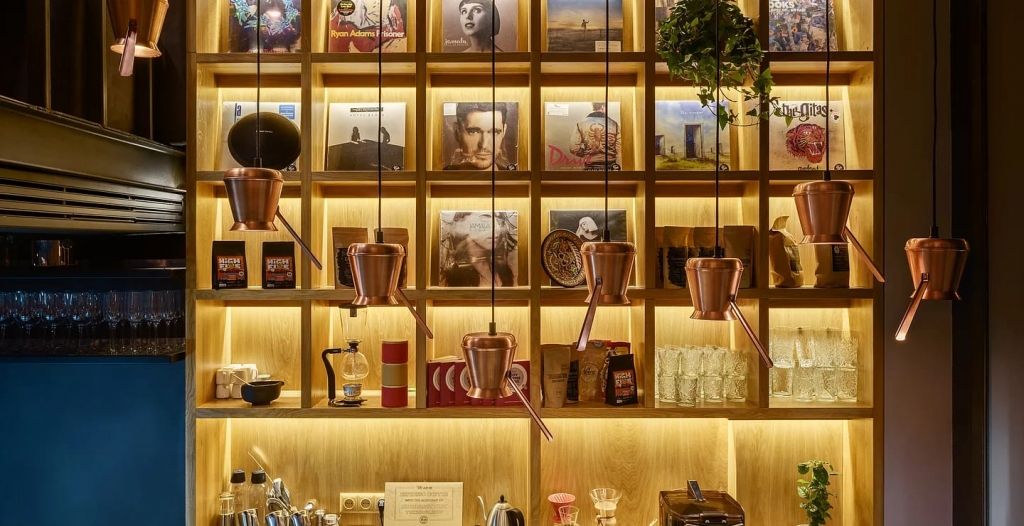 Copper Cezve is a constant presence in the interior of TAKAVA coffee-buffet, and its shape, typical of the Turkish coffee pot, inspired the designers of YUDIN Design. 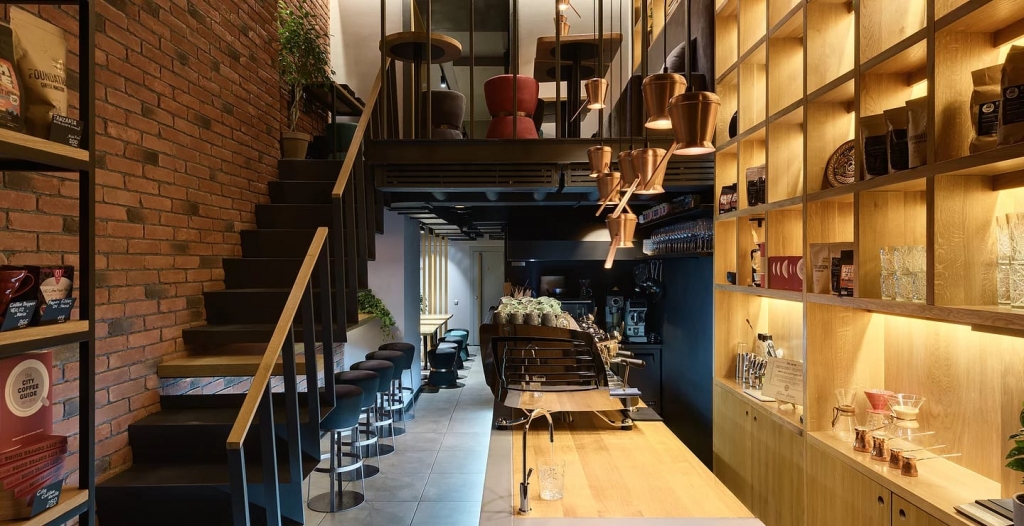 The unassuming building on bustling Hackney Road has gone through many transformations in its long lifespan. The former Victorian brewery, transport depot and mechanic’s garage has been completely refurbished to house a cafe/bar/co-working space for modern life. 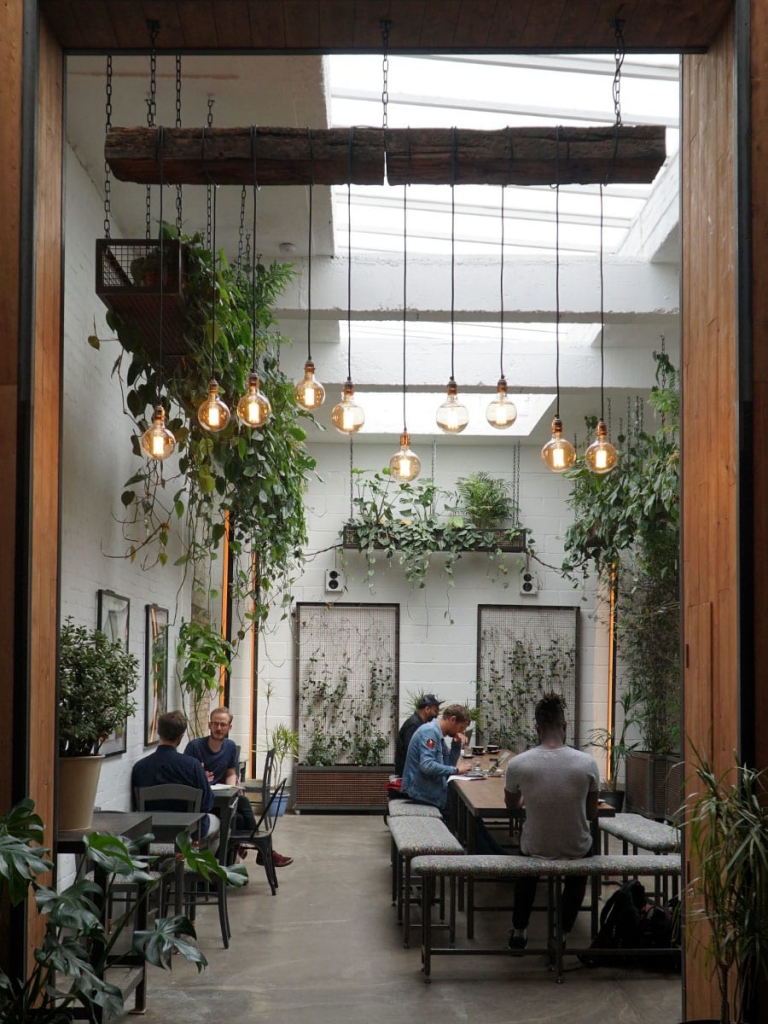 The oversized Gaia bulb matches the industrial feel of the red brick and concrete, emitting a gentle, ambient glow when the lights are lowered for intimate evening affairs. 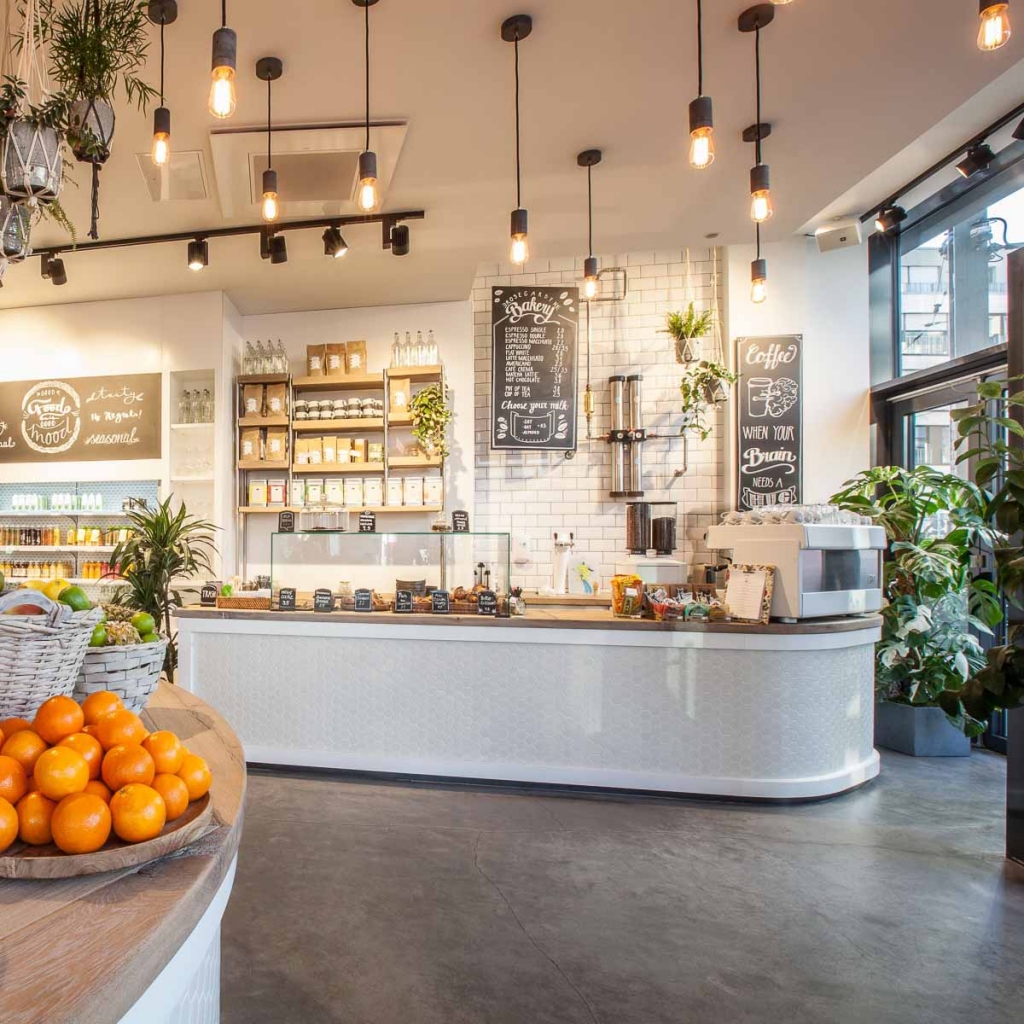 LOFTLIGHT created concrete pendants for the Rose Garden in Berlin. Their linear forms balance the natural, botanical decor. Bulbs emit an elegant glow of warmth that helps to brighten the spring-like interior.